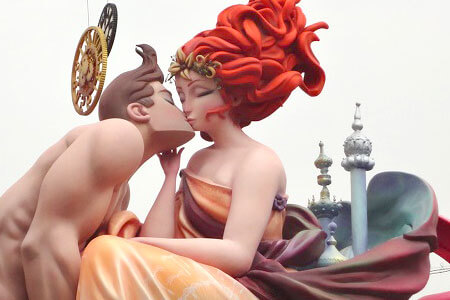 lly part of UNESCO’s Representative List of the Intangible Cultural Heritage of Humanity.

Since Friday November 25, Valencia’s City Hall Square has been the site of a giant sign reading #FallesUNESCO with the plan being that people would take photographs of the hashtag and post them online in support of the campaign to win recognition. The City Hall also designed a logo promoting the plan.

Last October, the UN culture agency announced that Las Fallas fulfilled all the conditions to be nominated for its Representative List of the Intangible Cultural Heritage of Humanity, including compatibility with human rights and the openness of the event to people of any age, profession and social class.

The organization also gave Las Fallas a pat on the back for the “ever-increasing representation and participation of women in the planning and carrying out” of the event.